Vitamin D supplementation has no significant effect on the overall rate of first treatment failure or exacerbation in patients with asthma and low vitamin D levels, according to the Vitamin D Add-on Therapy Enhances Corticosteroid Responsiveness in Asthma (VIDA) trial. 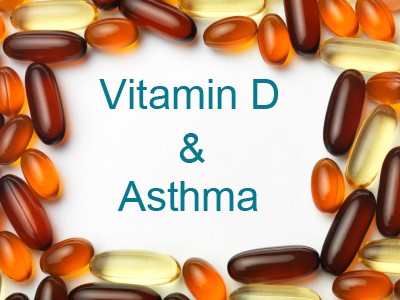 However, in subjects who reached normal vitamin D levels, there were significant reductions in exacerbations and the rate of first treatment failure.

Dr. Castro and colleagues evaluated 408 adults with symptomatic asthma and a serum 25-hydroxyvitamin D level below 30 ng/mL at 9 medical centers in the United States that belong to AsthmaNet, the National Heart, Lung, and Blood Institute asthma network.

Dr. Castro's "gut feeling" is that vitamin D supplementation will prove to be useful in at least some people with asthma who have low vitamin D. He said he plans to study exacerbations in children who achieve sufficient vitamin D levels.

Read the full article at: http://www.medscape.com/viewarticle/825444?src=emailthis