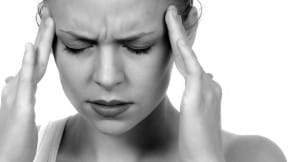 While the risk may be small, migraine patients with vascular risk factors should be treated for stroke risk factor reduction, including healthy lifestyle behaviors that include regular exercise and plenty of fruits and vegetables according the AHA/ASA [American Heart Association/American Stroke Association] guidelines.

For this report, the NOMAS investigators quantified subclinical brain infarctions and white matter hyperintensity volumes (WMHVs) in 546 men and women. Their mean age was 71 years, and 65% were Hispanic.

Hypertension, a risk factor for stroke, was more common in patients with migraine, but the association between migraine and silent brain infarction was also seen in normotensive participants, the researchers say.

This study confirms the association between migraine and silent brain infarctions in an older, diverse, predominantly Hispanic population. "Previous studies of silent brain infarctions and migraine were conducted in predominantly white populations," she noted. "While these lesions have an ischemic stroke appearance, the exact etiology of lesions is unknown in patients with migraine."

Compared with people without migraine, those with migraine (confirmed by International Classification of Headache Disorders-2 criteria) had a 2-fold increased risk of subclinical brain infarction (adjusted odds ratio [OR], 2.1; 95% confidence interval [CI], 1.0 - 4.2).

The association between migraine and silent brain infarction was independent of socio-demographic and cardiovascular factors, and was stronger in the subgroup of patients with migraine without aura (OR, 2.6; 95% CI, 1.3 - 5.5), the researchers note.

Read the full article at: http://www.medscape.com/viewarticle/825451?src=emailthis